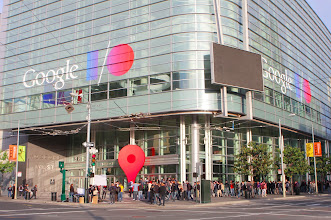 I was really happy with the Android announcements yesterday from the Google I/O Keynote, as there are a number of things that I can immediately take advantage of as an app developer.

I have been a faithful user of Eclipse, and have avoid even trying some of the other IDEs for Android Development.  Just seeing a few of the features yesterday was enough to give the new Android Studio a try.  I love the embedded strings in the code editor, as managing strings in the resources is always a huge pain.

If you are fortunate to have a community of passionate users for your app, you have probably been asked by some of them to help test out early versions of new features.  I recently wrote about my experiences with this, and ended up creating my own beta channel app for these users.  Having this officially be part of the Android Developer Console will save a lot of time, and help other app developers who have not yet made the effort to offer a beta.

Limited Rollout is another great feature.  If your app is used by users for a critical part of their business, it can be risky to introduce new features.  Besides interrupting their business, it can also cause an avalanche of support emails and questions.  Being able to slowly roll out an application will go along way with major releases.

While I’m not a game developer, I was happy to see a Cloud Save feature.  I’m puzzled as to why this is targeted only to game developers though.  Any app developer who has users on both a phone and tablet could benefit from this.  I’d love to see app preferences saved automatically across devices.  If an app has a complicated set of preferences, users are forced to enter (and re-enter) these preferences on every device.  While iCloud’s Core Data Sync isn’t perfect, I think the idea could be applied well to Android to help app developers of any sort synchronize app preferences.  I’m hoping that the Cloud Save feature on Android is generic enough that it can be used outside of games.